Author of this post is Jiří Cvrkal, thanks go his way !

I continue on my post for beginners. We already learnt about major tonal keys and now we will learn about minor tonal keys. Don't be afraid, there won't be more of such - just major and minor. If you understand how to use the rulers you have drawn in major tonal keys, it will be piece of cake to learn the same in minor tonal keys. The basic chords are the same distance from each other again, the "secondary" chords are moved a bit, but the main difference is that the main chords are minor and the "secondary" chords are major. The dominant is exceptions, as it is always and everywhere major. I will talk more about dominants in next post.

You have to draw again the rulers according to picture below on a strip of paper. Just the lower one is enough. You can use the upper one from previous chapters. The basic minor tonal key is A minor, so the arrow points to A. As before, you can find the tonal key that fits you by moving the arrow. I'm not going to show turnaround this time, but you can practice (or transpose) the basic chords on some songs, like (Czech songs) Slavíci z Madridu and Ryvola's song Ze všech chlapů nejšťastnější chlap. You can find the "secondary" chords in song Ďáblovo stádo (Nebeští jezdci) and Hudsonský šífy from Wabi.

One note at the end: songs in minor tonal keys use often also chords borrowed from major tonal keys. They combine often the minor and major in so called parallel tonal keys: Aminor/Cmajor, Dminor/Fmajor, Eminor/Gmajor. You can set the rulers tool for transposition and find more combinations as you need.
Songs are often written also in such a way that verses are in minor and chorus in major. It usually uses the parallel tonal keys (like A minor to C major), or to tonal key of the same name (like A minor to A major). This may be already a bit more difficult. In this lesson the main task is to learn those three basic minor chords in your favorite tonal keys. That is the tonica - minor, subdominat - minor and dominant - major. You can retiurn to the rest later when needed. 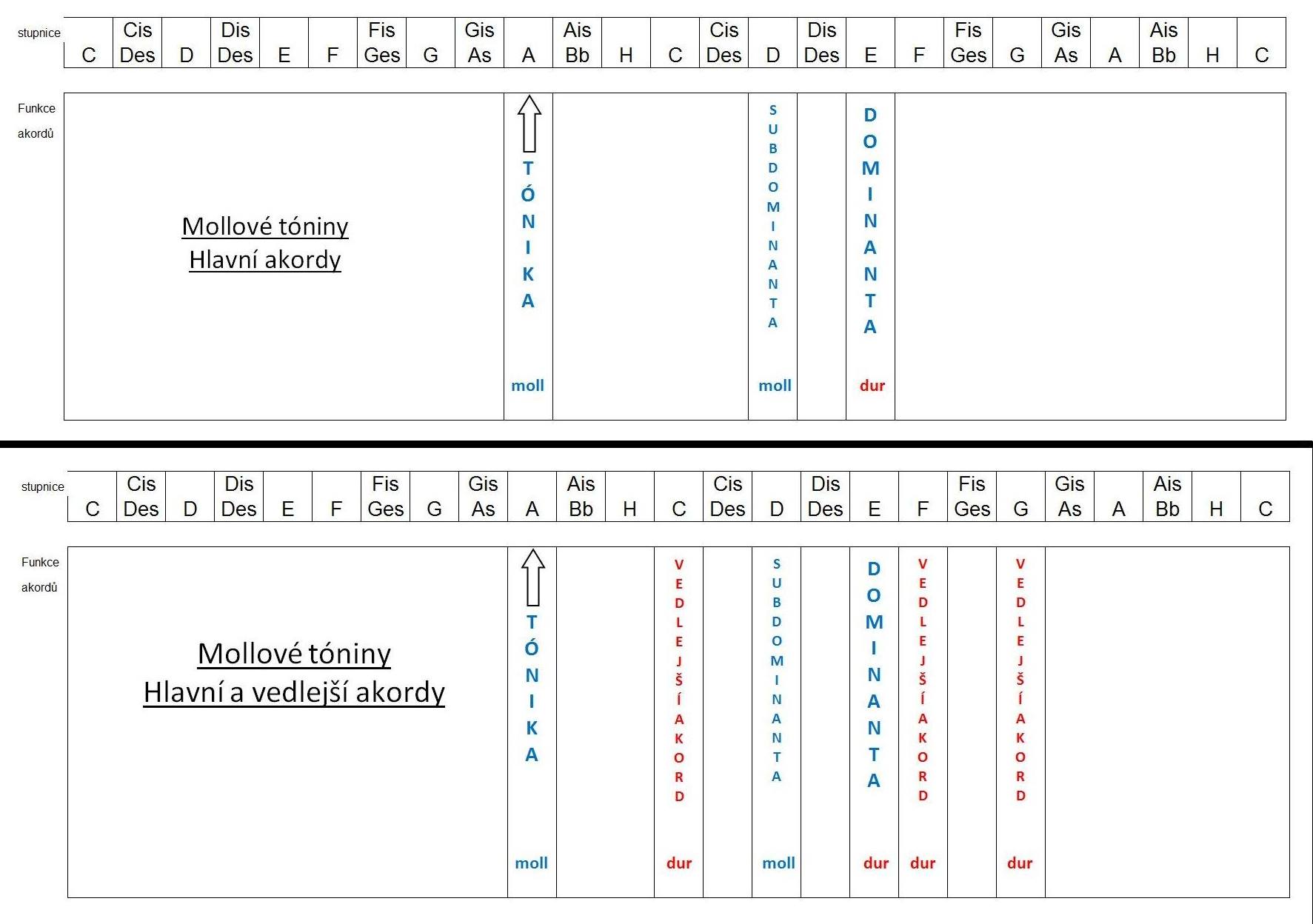